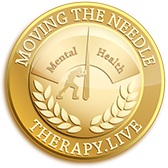 On an unusually sunny and hot morning in September, people from diverse backgrounds gathered together for the Out of Darkness Community Walk of Metro Detroit. Many were dressed in shirts featuring the names and photos of lost loved ones, assorted teams dedicating the walk as a tribute to their lives. Some attendees danced and laughed celebrating life, and others leaned on their friends and family members with teary eyes recalling the memories of those they had lost to a tragic death by suicide.

Whether they were personally struggling with suicide, had lost a loved one, or came out to support the cause, the American Foundation for Suicide Prevention (AFSP) welcomed them all with activities of hope and healing and through its walk around the Detroit Riverfront. Memory tents were adorned with photos of loved ones. An extensive network of resources was available to attendees including small businesses and non-profit organizations and the fellowship and connection of approximately 1,500 people coming together to heal and raising awareness about suicide. As the national leader in the fight against suicide, AFSP is determined to reduce the annual suicide rate, as suicide currently is the 10th leading cause of death in the U.S.

Traditionally, the walk has been held in Kensington Metropark. This year, however, the Metro Detroit/Ann Arbor chapter moved the venue to downtown Detroit at Hart Plaza. Therapy.Live had the honor of sponsoring this event and doing its part to raise awareness about the importance of suicide prevention while commemorating the lives of the many lost loved ones. Alongside with the AFSP’s mission to save lives and bring hope to those affected by suicide, Therapy.Live was grateful to be a part of an event held across the United States in hundreds of cities to challenge society to craft a better approach to mental health, and provide adequate research and needed educational resources within our community.

The dedicated and friendly faces of AFSP contributors, including Detroit Walk Chair, Anne Perry and Area Director for the Southeast Michigan Chapter, Steve Windom offered support to walk participants that filled the downtown area. Just before the walk began, reporter Amy Andrews of local Fox 2 News introduced AFSP National Walk Director Nicole Dolan who discussed the progression of suicide awareness in the past 30 years since AFSP was formed. Dolan honored the attendees for their courage and noted that now, “most Americans view mental health as important as other forms of health.”

Previous Articles by Moving The Needle

Downtown Detroit Becomes a New Beacon for Suicide Awareness
AFSP
Out of The Darkness Walks
Suicide Prevention
Therapy Live
Welcome to Therapy.Live's Moving the Needle page. At Therapy.Live, we believe that everyone has a unique life journey specific to their experiences and possibilities. We are grateful for the opportunity to share with you some of the many significant experiences in our journey of changing mental health delivery. We are dedicated to moving the needle of mental health with the underlying premise that through improving wellness we can together create a healthier world. We will periodically update you on our progress in maintaining our mission of connecting minds, people, and their potential. We look forward to continuing in sharing our growth with you.
© 2019 THE LIVE NETWORK