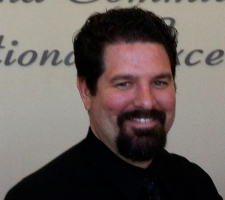 Let's look at a real life example. A fellow psychologist related the following story about the power of listening first. My friend was working with a student who is in foster care. This student has some real positives working for him. Number one, there are several adults who care about him. He has foster parents, a social worker, a counselor, and his real mom. All of them are active, and working to help him out.

At this point, my friend and I were at a meeting. She told me the story to this point. I asked what she thought the social worker wanted, and my friend wasn't sure. I guessed maybe she wanted to have some control. Maybe she wanted other people to listen to her.

Raising Our Awareness
Preparation - Getting ready to change
First Stage of Change - Pre-thinking
Listening to Yourself
Start by Listening - Part 2
Listening
Communication
Clinical Child Psychology
Couples Therapy/Relationship Issues
Childhood Behavior Problems
Communication Problems
Problem solving
Dr. Stafford is a clinical psychologist with 11 years experience. His primary experience is with children and families in private practice, and 10 years in the Avondale Elementary School District. Dr. Stafford has earned certification in school psychology, and is the training director for an internship program for school psychologist. Beyond these activities, Dr. Stafford works with adults in his private practice on a broad range of issues including depression and anxiety. He also has interests in the integration of faith and psychology as well as the development of the individual through interpersonal neurobiology.
© 2019 THE LIVE NETWORK