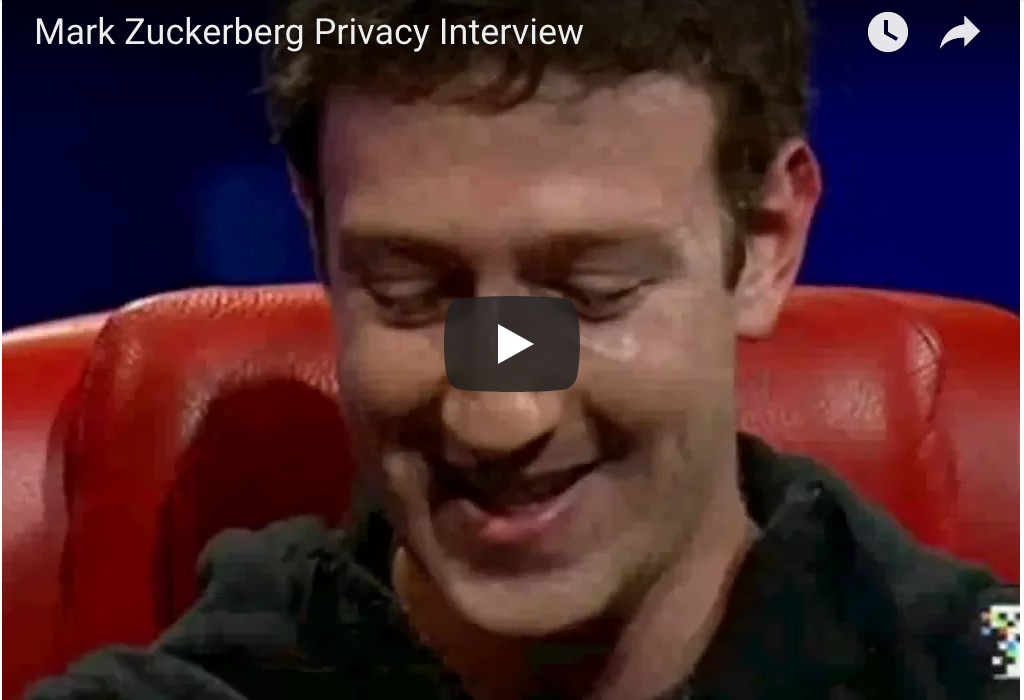 For some that may have wondered what the intention was for big data collection and mind hacking in the early days of FB and social media, I'll never forget watching this interview live. I remember feeling angry as I slowly watched society begin to blindly drive off a cliff.

I wrote about it furiously in my journal in 2010 which later became part of my book Forty Days Off Facebook. . I was angry at how the power of connection was about to be abused on a global scale to better understand individuals' psychological profiles for the purpose of throwing impulse control into overdrive. What a HUGE opportunity lost! The power of a world connected was being driven by the power of influencing peoples' thoughts, buying patterns, who they interacted with and how they engage with one another.

What started as a way to better connect the world, turned into a better advertising platform that could target audiences specific to interest, habits, and likes. FB now controls nearly 75% of the media that gets to the public. They literally control what our mind eats. Growing up, I was always told that "you are what you eat". Well I don't think our minds have been eating very healthy and it's starting to show up in the world with the way that we have been eating information.  We have so much information coming at us, that I personally want to take this moment to tell you that you are a special human being just for making it this far in this post.

Most people don't even have the patience to read an entire article because they are eager to get the next bite size piece of info to either inhale or spit out. What started as better advertising opportunities, has evolved  to political hacking, and has further morphed into foreign countries using this network effect to further divide us.

Data abuse is one huge problem in itself, but the psychological effects of intentional data pushes has adversely affected our society. Early investors and early management have come out in droves recently voicing their shame and disgust with how their contributions have led to this civil discord and what I believe will begin to show more and more the negative effects to our society's mental wellness.  The path that was chosen for their business I believe was by design, fueled by greed, power, and control. That is what fueled my anger then and that is what often fuels my sense of urgency and passion to create solutions so that this societal disconnect does not become our story, and can become a chapter in our history books sooner than later.

TAGS: Prepare U, Social Anxiety, Addiction
About the Author 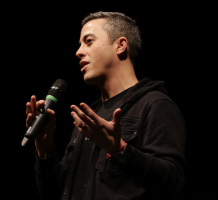 Ryan G. Beale, M.A., TLLP
MA - Master of Arts
32780 Grand River Ave, Farmington, MI 48336
3125431333
View Website
Ryan Beale is the CEO and Founder of The Live Network, a Public Benefit Corporation dedicated to moving the needle in mental health on a personal level and global scale. Ryan’s unique resilience and futuristic approach to problem solving has led him to always be someone who runs toward the fire to combat overwhelming social and personal challenges. Through decades of self-reflection, growth, and discipline as a martial arts instructor, licensed psychotherapist, and social entrepreneur, Ryan has used his innovative approach and lived experiences to tackle social issues on a massive scale. In 2006, he founded Chattertree.com one of the first private family social networks in the world. It was the first such network to become COPPA compliant, which protected and allowed children under 13 to safely join to use the technology. Chattertree went on to connect more than 10,000 families from over 100 countries around the world. Pivotal events in Ryan’s life occurred when he lost his uncle to an apparent suicide at just 7 years of age, his brother Steve to suicide in 2009, as well as his former father-in-law to suicide that following year. The combination of personal family tragedy and the changing landscape of mental health due to emerging social network platforms, prompted Ryan to journal and author the book “40 Days Off Facebook”, which is now utilized in schools across North America through the Prepare U Mental Health Curriculum. Since then, Ryan has made addressing mental health challenges and the associated stigma preventing individuals from seeking care his top priority. Ryan is a relentless advocate for greater mental health. He created Therapy Live, a HIPAA compliant Telehealth platform that empowers therapists to connect to their clients and the public, he is the coauthor of Prepare U, the first ever evidence-supported experiential mental health curriculum for teens, he has worked as a crisis interventionist with clients struggling with pre and post suicide attempts, and he holds a patent for advanced technologies designed to optimize mental health treatment for the masses. He has been named one of Oakland County's Elite 40 under 40 and was an expert panelist for the Huffington Post’s first ever Parent Conference. Ryan and his innovative work in the mental health space has been featured in Teen Vogue, The U.S. Department of Education Newsletter, Huffington Post, Education Weekly, NowThis, NPR, FOX News, and the front page of regional newspapers transforming the conversation of mental health. He has been a featured speaker around the country, has hosted the former U.S. Surgeon General, and has reduced suffering and saved lives by working with legislation and state officials to normalize the delivery of mental health services and education for the next generation. Ryan is the proud father of 3 beautiful daughters. He is passionate about ensuring that they grow up to understand that mental health will touch everyone’s journey and that it is critical to live a compassionate, authentic, purposeful, and meaningful life.
More Articles by this Author